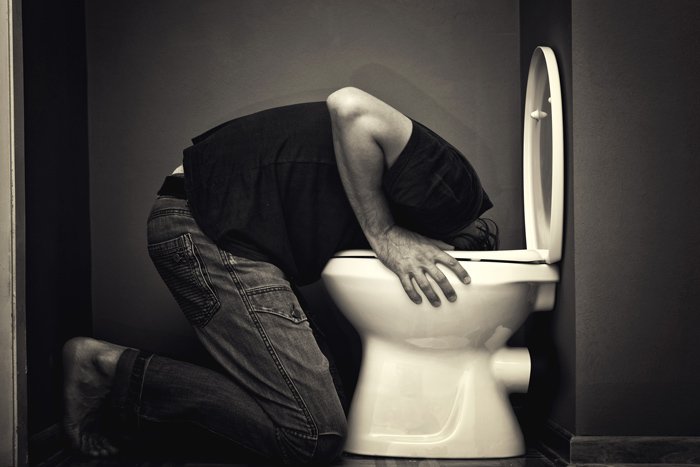 7 Tips for Beating That Ghastly Hangover

You will probably know by now that Thailand is the sort of country where there is tons of fun to be had and on many occasions that will involve knocking back a few drinks, yet you will also know that the older that we get, the hangovers that follow these drinks seem to get worse.

These hangovers have a real habit of making us pay the day after enjoying ourselves and can act as a real deterrent to do so again in the future. Despite this, there are a number of different ways that we can lessen the blow of a hangover, either during the night we are drinking or the morning after.

Drink Water in Between Alcoholic Drinks

Most will know of this little trick but how many of you actually remember to do it when you are knocking back the beers? Water is what most of the tissue in our brain is made of which explains why we often suffer headaches the next morning due to dehydration.

You need to keep your brain and body hydrated when drinking so try to have a full glass of water in between your alcoholic drinks.

Avoid Drinking on an Empty Stomach

When you have an empty stomach, any alcohol that you consume will be absorbed into your body a lot quicker. Try to make sure that you have a good meal before you start drinking and preferably one that contains plenty of carbohydrates.
This will stop you getting drunk too quickly and will also soak up much of the alcohol before it gets into your blood stream.

In much the same way that we become dehydrated, our body also loses important nutrients when we are drinking. By taking a multivitamin the morning after a nights drinking, you can help your body to recover a lot quicker and put an end to that hangover quicker too.

Even better, you could do what many celebrities are doing by having a vitamin cocktail injected the morning after. These contain much higher doses of the vitamins that you need and will have you feeling better almost instantly. This is becoming the preferred option for those who live a busy lifestyle. Famous people who follow this method include Rhianna and Simon Cowell. Find out more here

Without doubt one of the best ways to deal with a hangover is to refuel your body. Eggs are a great way of repairing some of the damage caused to your liver the night before because they contain taurine. A good suggestion would be to have them scrambled, add some healthy veggies and a glass of pure orange juice to really put some healthiness back into your body.

Get Outside Into the Fresh Air

You might not feel like going anywhere other than your bed when you are suffering from a hangover but you really should try and get out into the fresh air. Oxygen in the air ensures that the toxins that your body has gained from a night of drinking are broken down far quicker. Getting some exercise will also improve your mood due to the endorphins that are released.

Don’t Drink in the First Place

Rather obvious but the surefire way to beat a hangover is to not get one in the first place. If going out in a group, why not opt to be the designated driver if you have rented or own a car in Thailand? This way, you can watch all of your friends drinking, knowing that they will regret it heavily in the morning whilst you will be able to go about your day feeling great.

Each of those handy little tips will go a long way to help preventing hangovers and making them easier to deal with the morning after. Just be careful when drinking, especially in a foreign country such as Thailand. Try to drink responsibly without getting too drunk as there is more than just a bad hangover to consider.